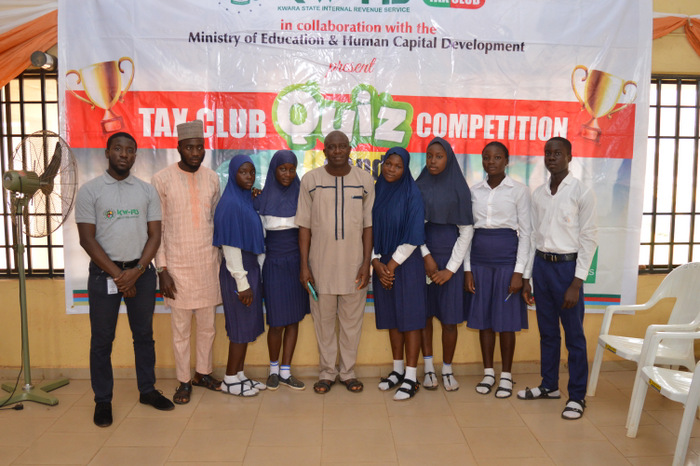 The Kwara State Internal Revenue Service (KW-IRS) in collaboration with the Ministry of Education and Human Capital Development has just concluded the Quarter Final Stage of the 2017 2nd Annual Tax Club Quiz Competition (TCQC) for Senior Secondary Schools in Kwara State. As the journey ends for sixteen (16) schools, the battle continues for eighteen (18) other schools who qualify to continue on in the hope of winning the One Million Naira (N1,000,000) Prize for the Best School.

After the Quarter Final Stage, 6 secondary schools qualified from each of the three (3) Senatorial Districts, making a total of 18 schools who would compete at the Semi-Final Stage of the Competition. The date for the Semi-Final and Grand Finale of the 2017 TCQC will be communicated in due course.

Please find below the list of schools and their performance.